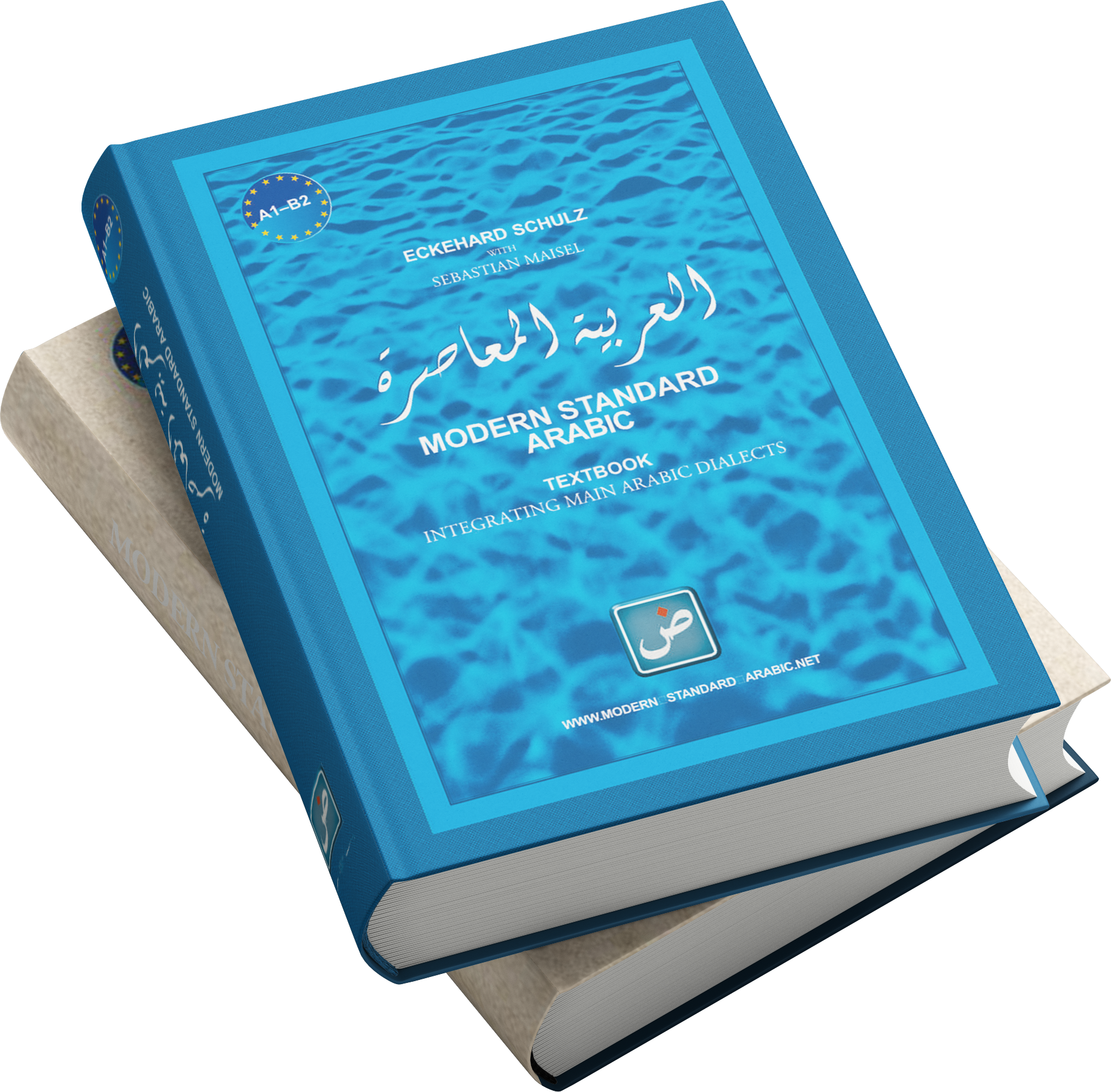 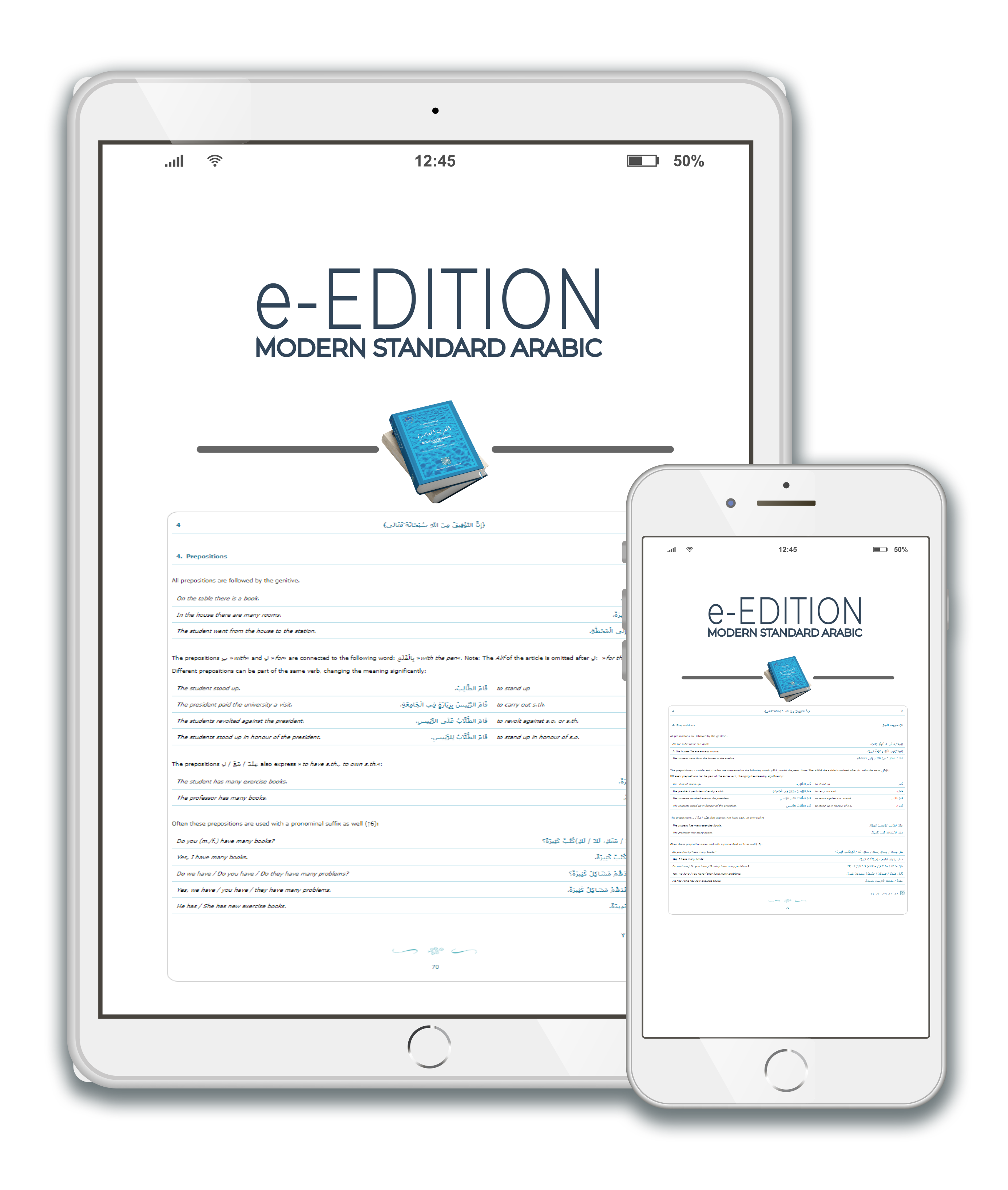 The electronic edition of the textbook, the e-Edition offers access to more than 8000 audio files including Modern Standard Arabic and the 4 main dialects. It's packed with e-tests, PC exercises and an integrated vocabulary trainer. Teachers who actively teach Arabic receive free access to the e-Edition.
read more...
إصدار إلكتروني

Modern Standard Arabic is the form of Arabic, which is used as the official language in Arabic countries today. It is the modern development of classical Arabic. Especially in the social media, Arabic is currently experiencing very rapid and profound developments, not only in vocabulary. Modern Standard Arabic is the written language of books, media and education and the spoken language e.g. in news in the media, in official speeches and in religious matters. However, the common language or local dialects differ greatly from this standard language depending on the country and region. It is therefore very important for all learners not only to actively master the Modern Standard Arabic but also to understand as many dialects as possible.

The electronic edition of the textbook “Modern Standard Arabic – Integrating Main Arabic Dialects” by E. Schulz offers access to over 8000 audio files, lesson-based e-tests and training exercises for the individual teaching contents, as well as an integrated vocabulary trainer.  Teachers who actively teach Arabic receive free access to the e-Edition and an additional administration system that allows them to create Arabic homework and Arabic exams to match the learning content in no time.

Designed for Arabic classes at universities, the textbook “Modern Standard Arabic – Integrating Main Arabic Dialects” by E. Schulz is considered as the standard textbook for Arabic at most German universities and far beyond the borders of Germany.

View into the book

We use cookies to ensure that we give you the best experience on our website. If you continue to use this site we will assume that you are happy with it.AcceptPrivacy Policy